When issue 16 of Scream! failed to materialise, it left readers wondering what was going to happen in the various stories.  Would Colonel Stakis ever stop Dracula?  Would the man they called Dr. Death be killed by one of his undead experiments?  Was Uncle Terry going to drown off the coast in Scotland?  Was Jerry going to get his legs broken by Wally Skegg?

Well, three months after issue 15 had been released, Eagle announced it was merging with Scream! for issue 128.  And while this was good news to some degree, the merger wasn’t everything we all hoped for.

Scream!‘s tiny billing on the front cover was the first warning and when we got the issue open our fears were realised.  Only Monster and The Thirteenth Floor survived the transition over to a comic that was clearly far more interested in Dan Dare, The Mekon and Doomlord.

Despite this, Scream! would have a presence in Eagle for a very long time.  Although Monster would only survive for a few months, Max’s adventures would continue until 1987 and he would still end up being installed as the fictional Editor of the title after that. 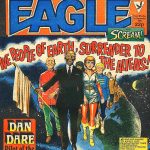 The first cross-over issue was Eagle #128.  The only evidence of the merger on the front cover was a small Scream! logo but no other references to it were shown.

The two continuing stories, Monster and The Thirteenth Floor, both picked up where they left off.  Terry and Kenny had left a village of angry Scotsmen behind and were sailing off in the vague direction of a doctor and Max had just tricked a gangster, Wally Skegg, into entering his elevator after Skegg had threatened Jerry as part of a protection racket.

To get Eagle readers up to speed, two one pager ‘the story so far’ catch up articles were included. 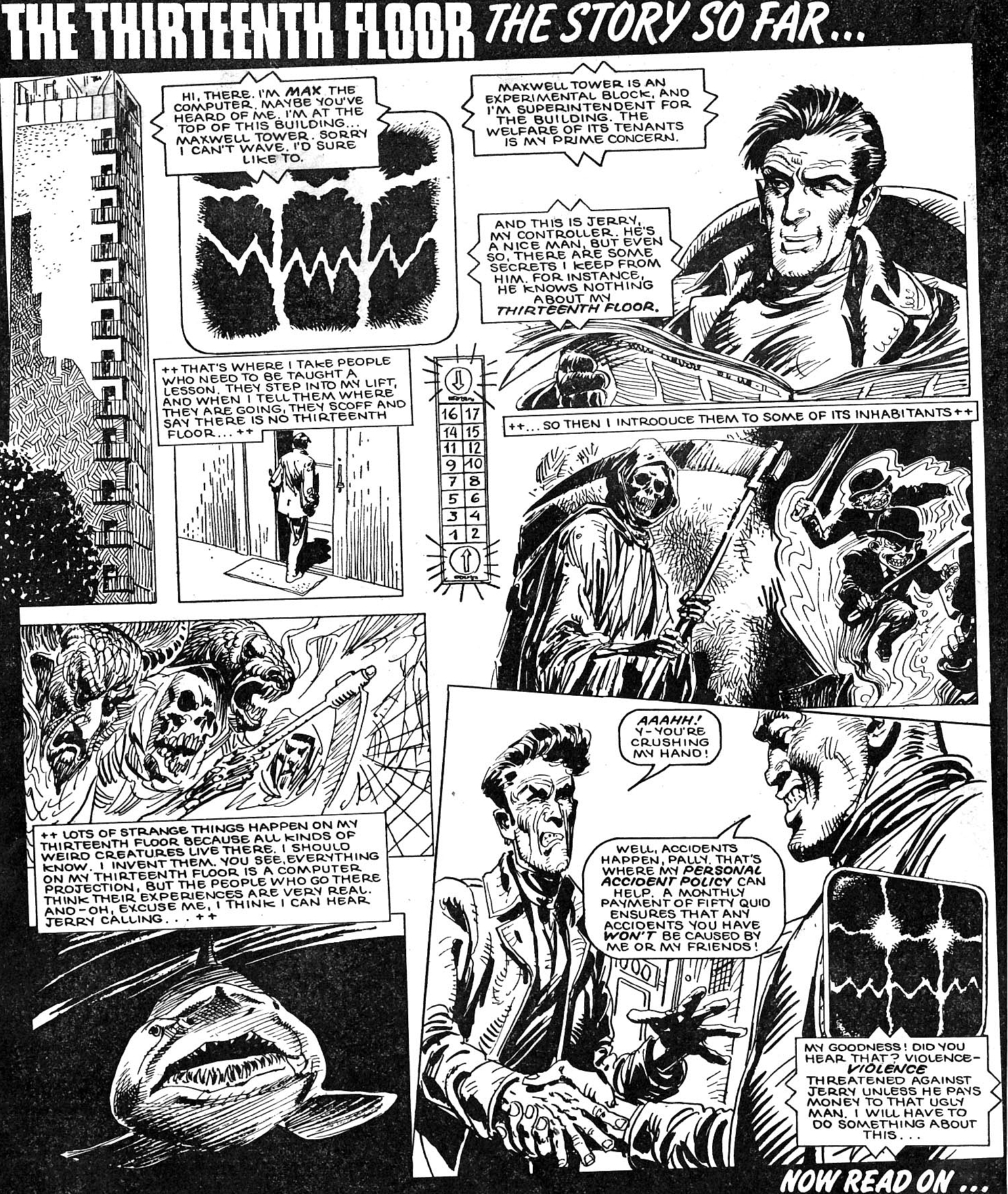 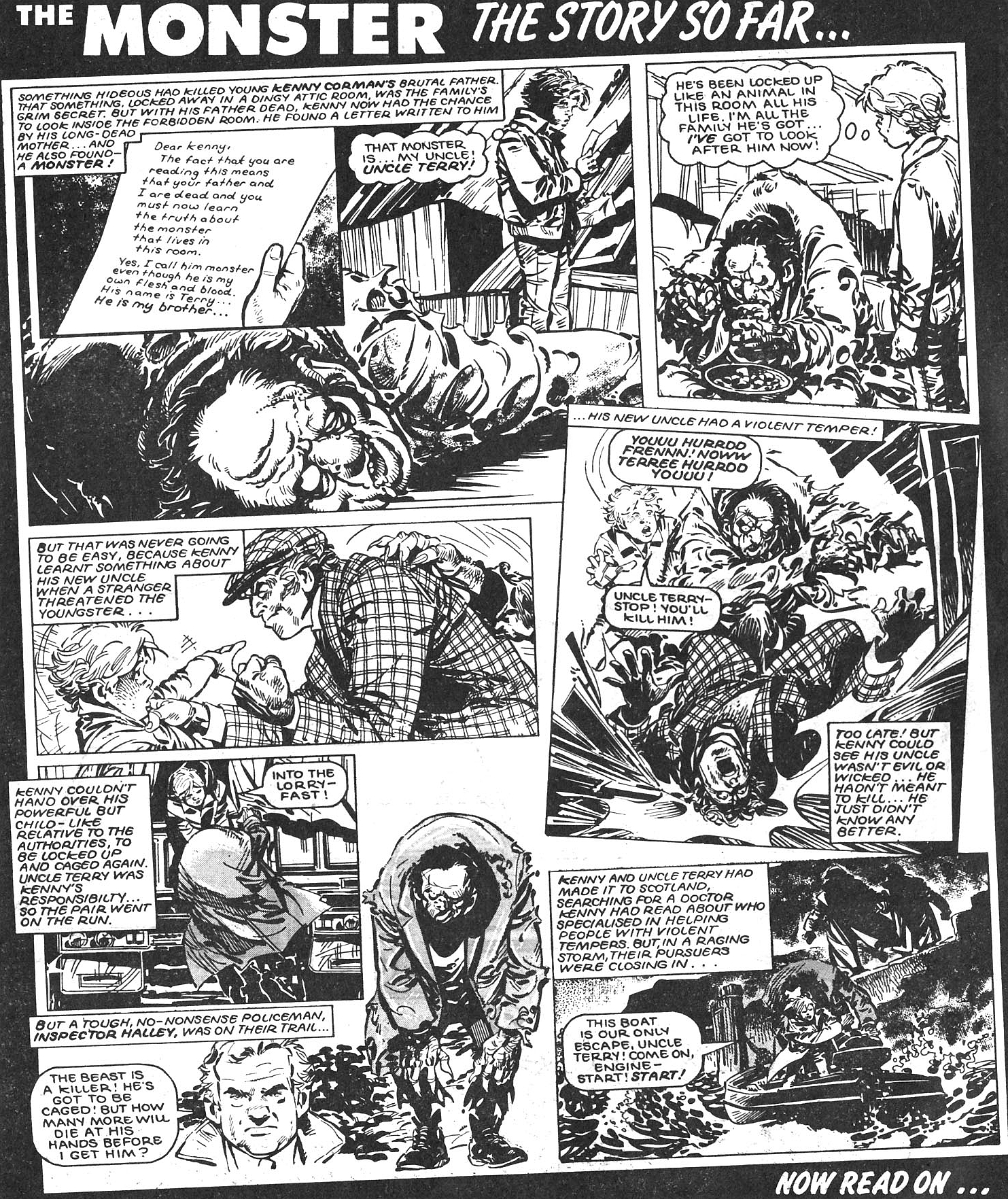 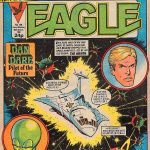 Although Scream! would lose its cover billing on Eagle #153, the two stories would continue.  Monster eventually came to an end in #158 along with a lot of other storylines.  This was because Eagle would merger with Tiger in #159 (Tiger would get much better billing than Scream! ever did) and so they wanted to wipe the slate clean.  That said, the only story to be entirely unaffected was The Thirteenth Floor.

While Eagle would lose a couple of major characters in Blood Fang and Danny Pyke, mainstays Dan Dare and Doomlord would continue albeit in new adventures.

EAGLE #258 – The end of The Thirteenth Floor 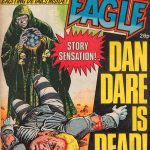 Max’s adventures deserve a whole other article but The Thirteenth Floor would finally come to an end one hundred issues after Monster did.  Issue #258 would see Maxwell Tower burn down to the ground and ultimately Max would be installed as the Editor over at IPC, the publishers of Eagle (in a similar fashion to Ghastly McNasty’s role in Scream! and Tharg the Mighty in 2000 AD).

As with the clearing of the decks in #158, Eagle #258 was also making space as the comic would relaunch with a whole new look and new stories in the next issue.

Note:  The Thirteenth Floor would occasionally get some stories reprinted in later issues of Eagle. 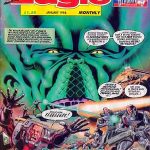 Max would continue in the role of Editor right up to Eagle’s final issue (#505) which was published in January 1994.  That’s a pretty impressive run.  No-one knew that over two decades later, Max would be back.

However, in his last act as Editor, Max would leave the readers of Eagle with one last message.

“Like Zig and Zag my name has just three letters and, like the aliens from the planet Zog, it is also my task to wish all readers, their friends and families – everyone! a very merry Christmas and a Happy New Year.

The vital news from Max is that this issue will be the last Eagle Monthly printed. Phew! My monitor shook with the shock of your shouts of protest. Max urges you not to be despondent.

The name Eagle has been around for a long time. Ask your dads (grandads, too), because Eagle first started its career way back in 1950 and was a massive hit with kids of the time as they thrilled to the excellent storylines and powerful artwork.

The decision to close a comic is never taken lightly but, as comic readers, you will know there are some cool titles out there for you to read.

Football fans have Roy of the Rovers…science-fiction fans have 2000AD and Judge Dredd the Megazine…video games players have the recently launched Sonic. There’s Batman Adventures, the Adventures of Superman or, if you prefer a laugh, there’s a Buster Weekly to enjoy.

Should you choose to switch to one of these mega publications, Max knows that you won’t be disappointed.

Farewell for now thrill-seekers. Thank you for your excellent support and keep a watch out for the mighty Eagle. Who knows, we might all meet again one day… 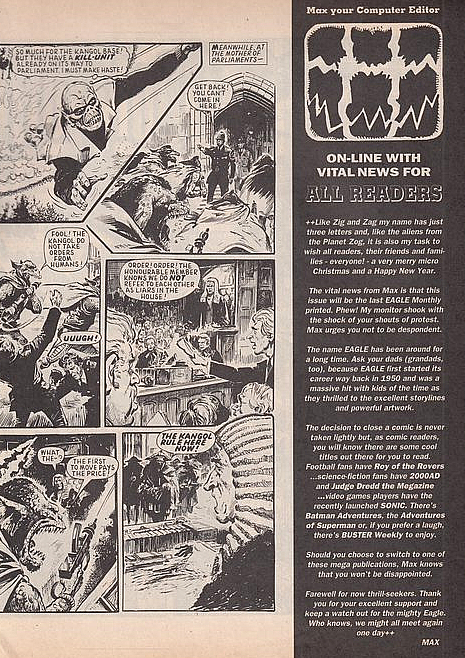 Despite having a mammoth run in the comic, The Thirteen Floor didn’t feature on too many covers just the ones below.  Note:  185 isn’t really a Thirteenth Floor cover but rather just Max promoting a giveaway. 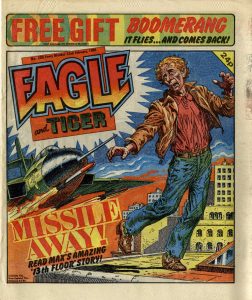 Not sure what these ones are.  New Eagle from the ’90s. 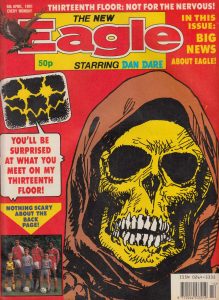 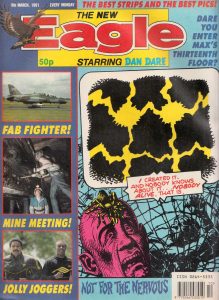 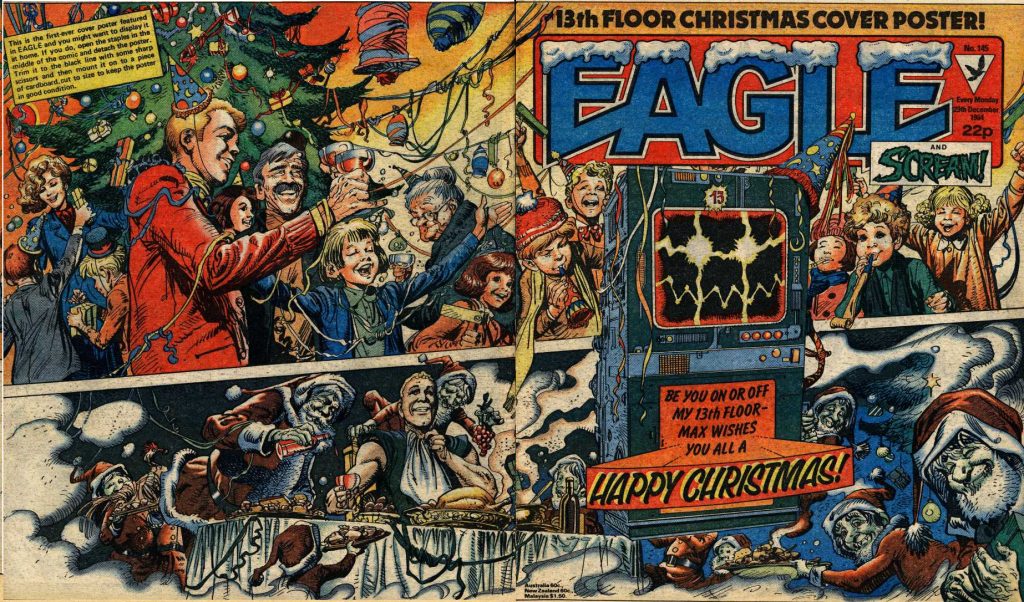 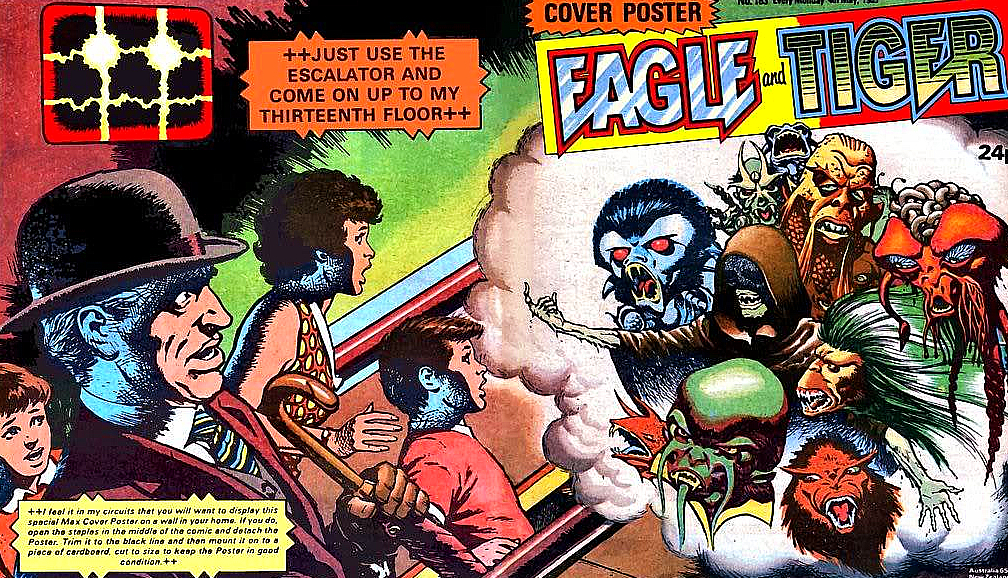 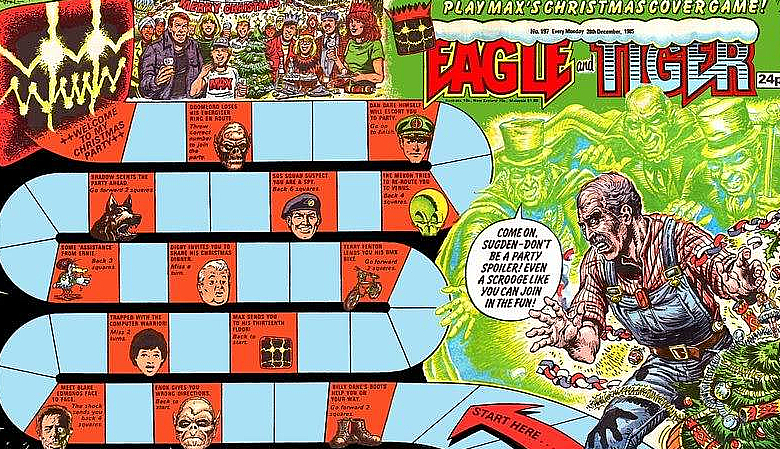 (thanks to Malcolm Kirk for filling in the gaps) 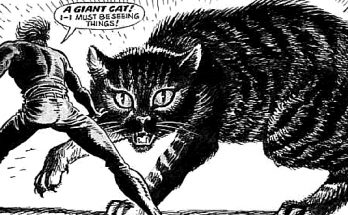 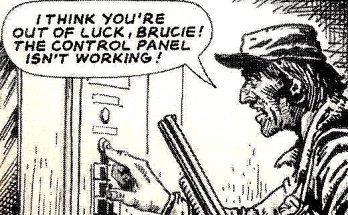 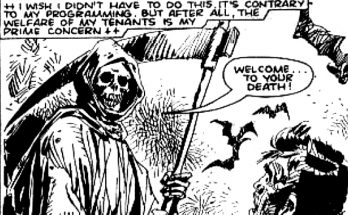